The Giant Slayer is available for purchase

This all started over 3,000 years ago, when the story of David and Saul took place–Saul was born around 1076BCE, and David around 1040BCE. But this particular retelling started in 2011, when I reached the story of David in 1 Samuel in my read-the-Bible-all-the-way-through project.

I was engrossed by what I was reading and regularly went way beyond my usual chapter or two a day. I’d been reading middle grade and young adult fiction for many years (Harry Potter, Percy Jackson, Benedict Society), and I kept seeing echoes of those stories in David’s. Why couldn’t my then-12-year-old son experience the Bible as exciting as I was seeing it? David was the original Harry Potter, Luke Skywalker, Percy Jackson–the boy plucked out of obscurity because of his connection to something larger than himself to do what nobody else could do when he was still so young. But the Bible is written in formal language without the level of detail that kids connect to.

So I thought I might take my love of middle grade fiction, my love of the Bible, my love of research, and my skill in telling Bible stories to kids and re-tell the story of David, adding in some of those feels-like details, some expanded and natural dialogue, some internal dialogue, and other things that would make it feel like a fully fleshed-out story for contemporary kids.

The more I wrote, the more details I craved, the more precision I needed. It took two years to write and edit it and work with my Old Testament consultant, and then another two years of submitting to agents and publishers and dealing with rejection before choosing myself and deciding to independently publish it. If you’re good at math, you’ll notice that 2011 + 4 = 2015, and we are now in 2019.

Well, traumatic life events intervened and I wound up (to push the David comparison too far) wandering in the wilderness for four years. But I persevered, and here is the result: a story about fear and faith, trouble and trust told in alternating points of view. It is the first in what will be a trilogy, following David from a boy of 12 until his death.

Born to serve, destined to lead…

Twelve-year-old David, a skilled musician and bold risk-taker, tends his flocks in a rural backwater of ancient Samaria, eager to prove himself and join his brothers on the battlefield. A youngest son who would never have a household of his own, no one is more shocked than David when a powerful prophet summons him for a cryptic blessing, hinting that he–and not his brothers–is destined for greatness. So begins David’s epic adventure. As the nation readies for war against an age-old enemy, David secretly trains as a soldier. He soon comes face to face with a terrifying foe and ultimately finds himself in the center of a life or death struggle that will alter the course of history for Israel–and the world.

To stay up-to-date with publication plans for First Kings | Book Two: The Noble Outlaw, and to download a couple of freebies (a timeline of The Giant Slayer, two maps, and sneak peek of The Noble Outlaw), please join my email list.

Amazon (both print and ebook) 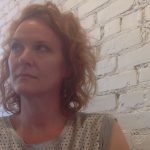